Interplanetary Abundance™ is a space resources trading game where virtual stock is exchanged between players, given predicted exchange rates communicated during the event. One of the space resources in the game is Low-Earth Orbit (LEO) launcher access from Earth. 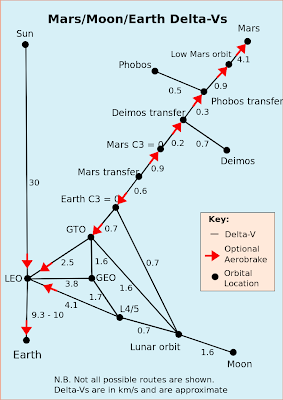 Rocket launchers are key to access to Space from Earth. It is currently the one and only way to put hardware into space. The deep gravity well of our homeplanet Earth is very unforgiving though. It requires an extreme thrust by the rocket to be able to counteract the force of Earth's gravity pull and put something in LEO. This is nicely displayed in the figure on the right where all the delta-V's are shown in our vicinity in the Solar System. Delta-V is rocket language for how much effort is needed to go from point A to B. More details on delta-V here. Once in LEO, the extreme thrusts are not necessary anymore and this opens the possibility to go around the Solar system with much more efficient, low-thrust, high specific impulse engines.

Rockets come in many flavours, as can be seen in the picture on the left. Although we have been launching satellites from Earth into Space since Sputnik (October 4, 1957), rocket launches are still high risk and high cost undertakings. This has to do with the extreme environments that come together in a rocket launch to make it work. Extremely cold stored fuel like hydrogen and oxygen needs to be burnt with explosive power resulting in extremely high temperatures. A rocket is basically a controlled bomb. Launching humans or expensive satellites on-top of such a bomb needs to be executed with great care. 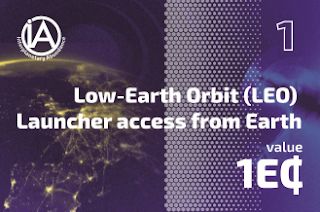