King on the Moon - impressions

'King on the Moon' is the title of the Space Exploration themed course offered by the Willem de Kooning Academy (WdKa) in Rotterdam. WdKa is one of the leading art & design education schools in the Netherlands. I am proud to contribute to this course, organized by creative artist Niek Verschoor, with the specific task to be the interface between the students and the fascinating world of Space Exploration. Their objective is to think about Space and technology as the background for new artistic concepts. And yes, they are truly thinking out of the box. Let me give you some insights into the teams:

Team Alpha is fully inmersed in virtual reality and is creating concepts and prototypes for visually enhanced interaction between individuals. They are inspired by the recent announcement of the hololens by Microsoft.

Also inspiration is drawn from the future technology visions of Corning. 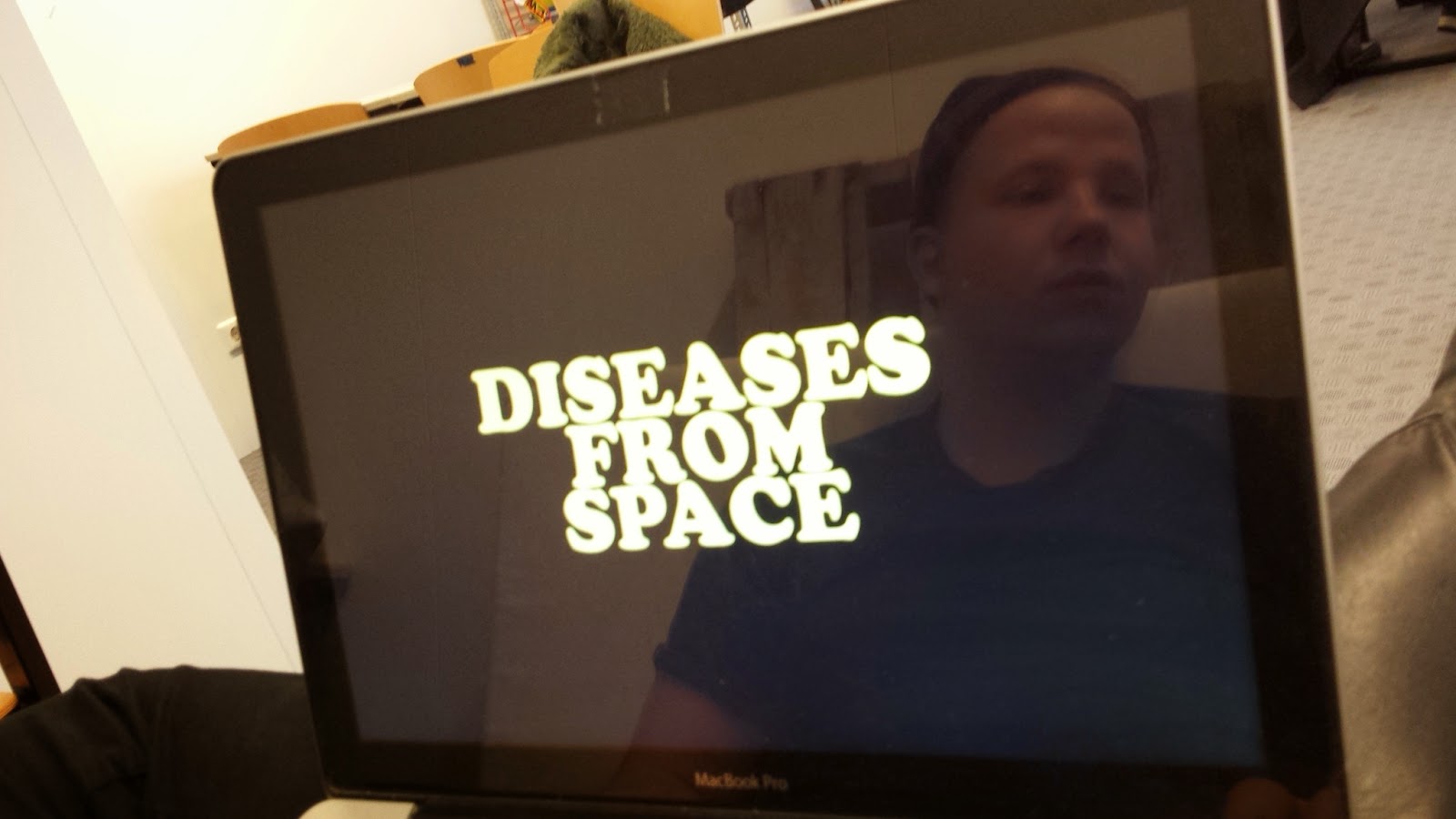 Team Bravo is playing around with the theory
that live on Earth may have started by the delivery of amino-acids from cometary impacts. The contemplation is that also diseases could be brought to our planet from Space.

Team Delta is all about Lunar conolization. Their artistic expression has culminated into a story about a group of Humans that left Earth to live on the Moon to produce Helium-3 for the Earth. As a result, the Earth has flourished and has become a paradise. For the Lunatics however, they have evolved into fat beings that cannot return to Earth because of their weak bodies.

A bit like what happened to these animals:
Clever enough, the design of their Lunar habitat has close similarities to what ESA has been doing lately:
Also, they planned on checking out the cult movie Moon, which contains a lot of elements on their storyline of Helium-3 mining. 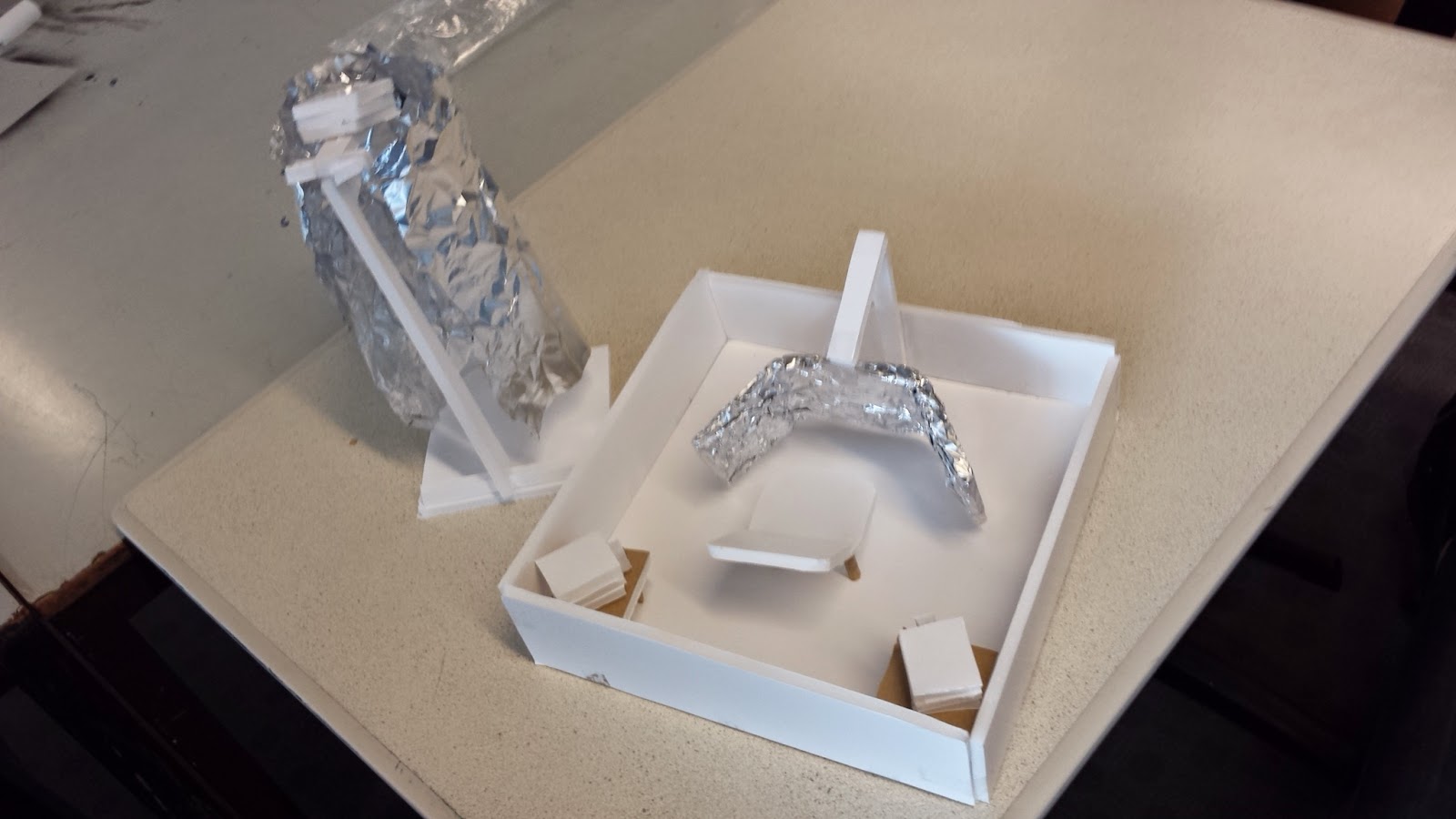 Team Echo is doing research into smelling, They were inspired by interaction they had with Arno Wielders from Mars One. The team was thinking about ways to take care of the emotions of Martian colonizers. Their idea is to make a scent-light room/module where astronauts can experience Earthly smells without having a sad memory of their past live on another planet.

Team Golf is on a time & space quest. The team consists of a photographer and an artist who want to make an art piece in which observers can experience the Heisenberg uncertainty principle. On a macrolevel this implies that small insignificant choices by the observer can lead to major differences on the long run. A bit like what happened to astronaut Cooper, in the Science fiction movie Interstellar, when he flew into the black hole.

Like Team Echo, Team Hotel is inspired by the story of Mars One, the one way ticket to Mars. Their group is designing an habitat for the Mars One colonists. Unlike the design put forward by Mars One, i.e. a straight line of connected modules, they have embarked on creating a spider web like floorplan. Every colonist has his/her own sleeping place, and they share a common space for cooking, dining, working out and growing crops. 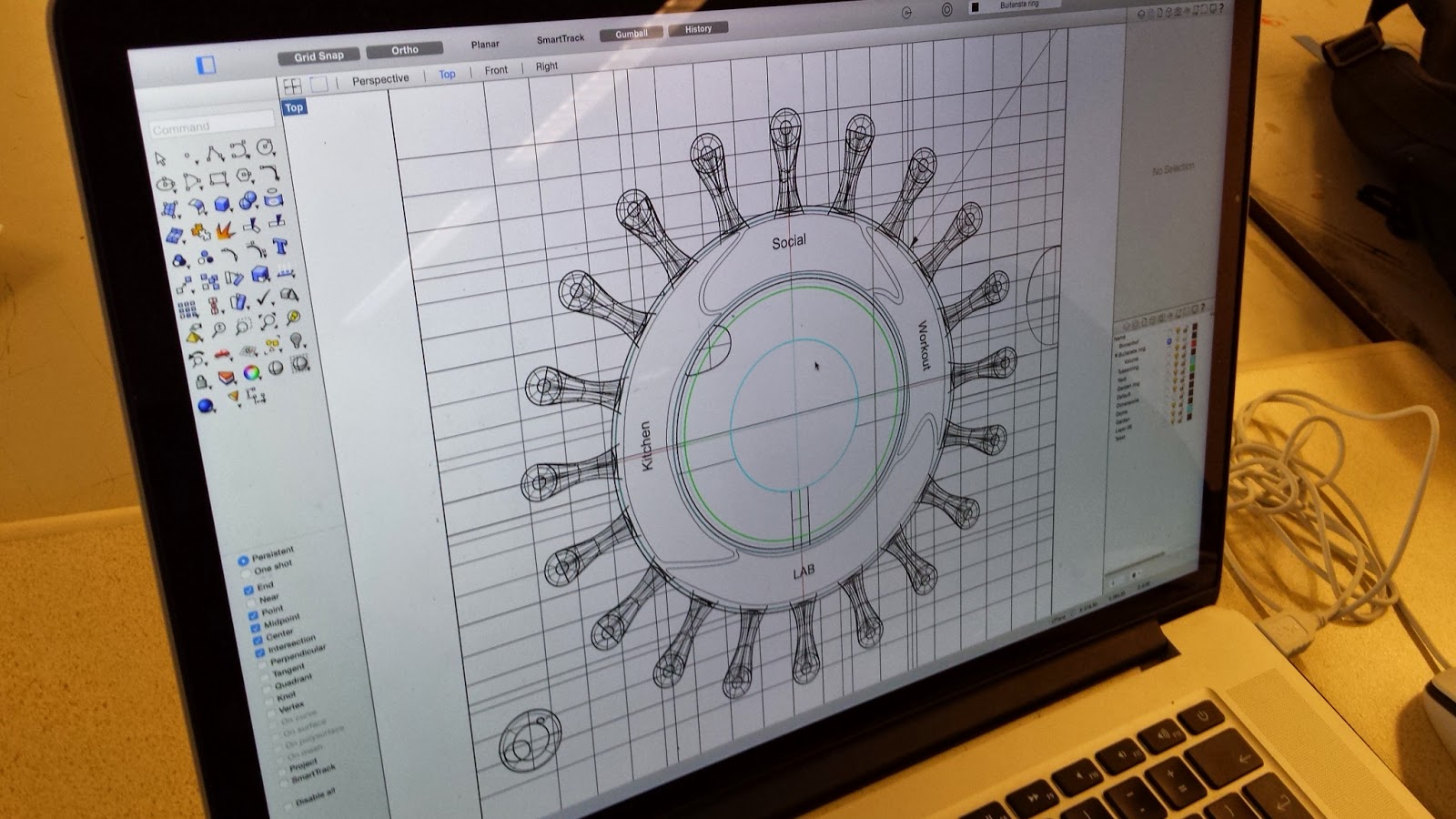 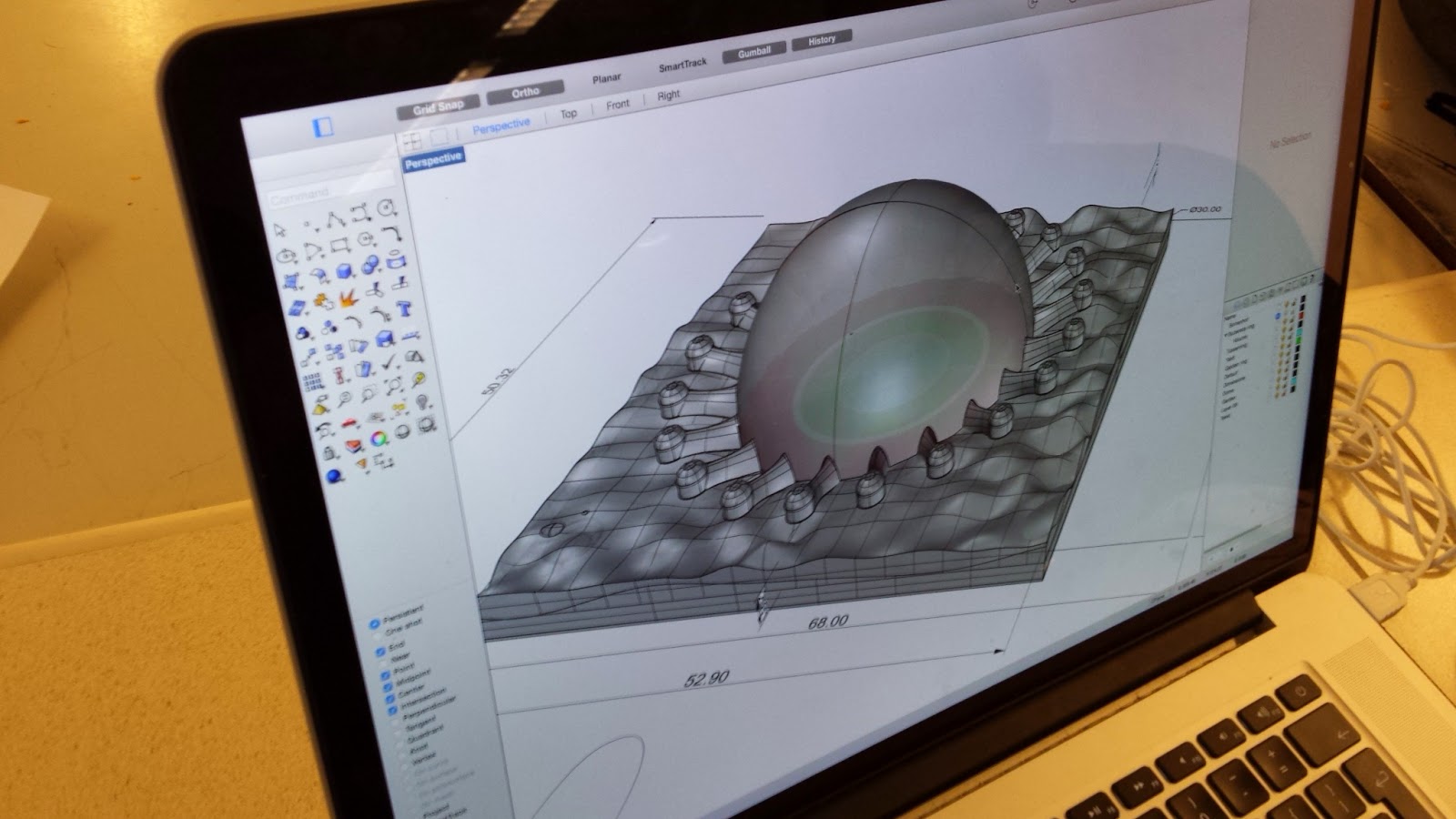 Team Julliet is a funny one. They believe the Apollo moonlanding is a hoax although the counterproof is overwhelming. They just don't buy the footage. Their plan is to make fun of it, by placing little plastic moonwalkers on cheese in supermarkets, and make a photo documentary of their adventures, including interactions with unsuspecting grocery shoppers. 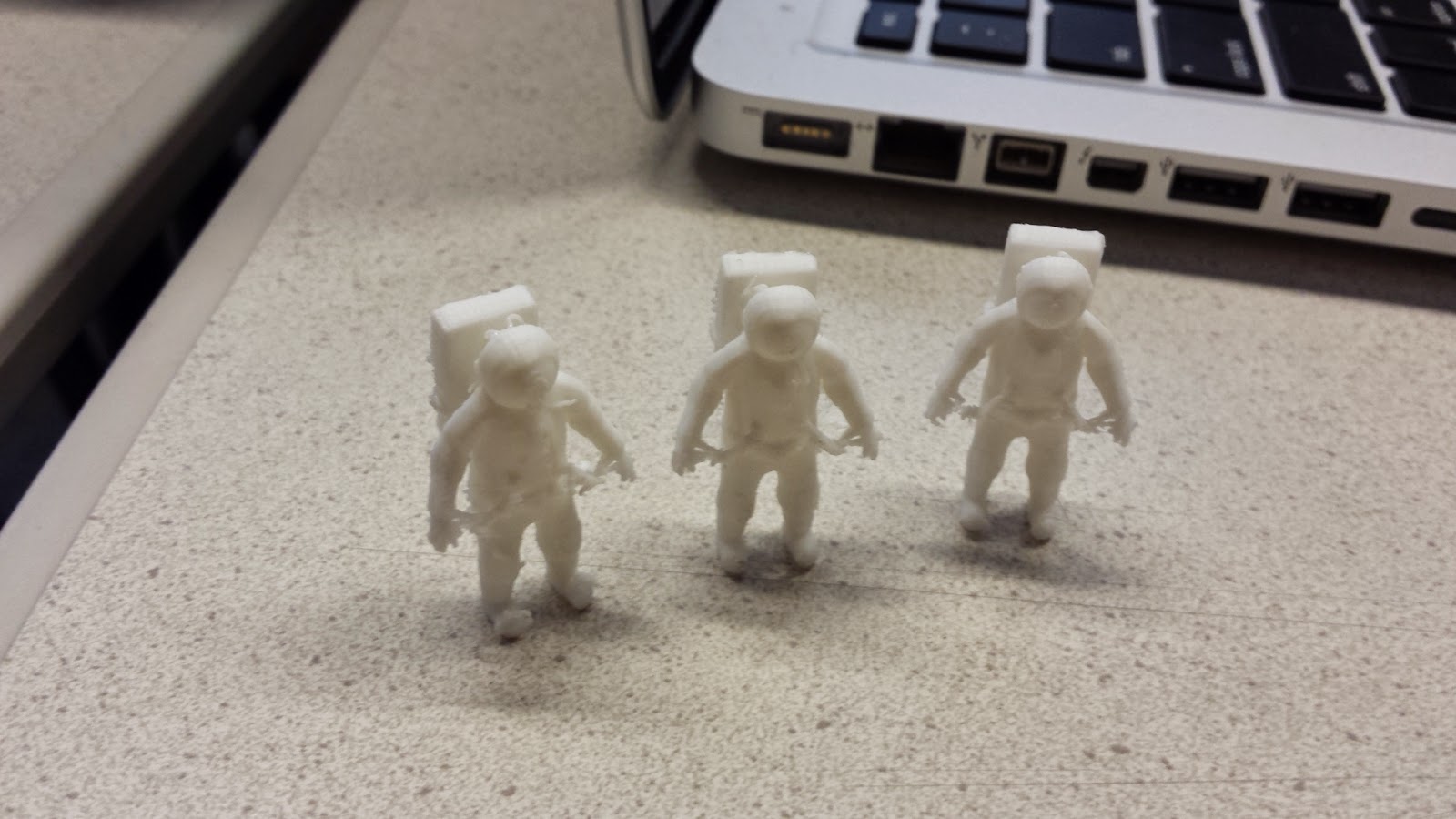 Immediately, I thought about the movie Capricorn One. Capricorn One is a 1977 thriller movie about a Mars landing hoax. It was written and directed by Peter Hyams and produced by Lew Grade's (British) ITC Entertainment. It stars Elliott Gould with James Brolin, Sam Waterston and O. J. Simpson as the astronauts. The full version is on YouTube!

The last team I met was the Vincent Lauffer team. Vincent showed me around in his workshop and immediately, the chaos and mess struck me, opposite to the cleanliness of a cleanroom where space hardware is being produced and tested. But it is the same chaos and mess that is needed for an artist to build with his hands, by what his/her mind guides them too. The concept Vincent is working towards is the drunken astronaut. In this concept, a astronaut doll, with a large penis, can be fed a drink. With some tubes, the doll can actually pee. The background of this art piece is that alcohol is a no-go in Space (although some classified sources have told me there is some Russian Vodka on-board on International Space Station). Peeing in Space is also the number one topic of interest for the lay-man. Below is a spaceship that Vincent made for another project.... 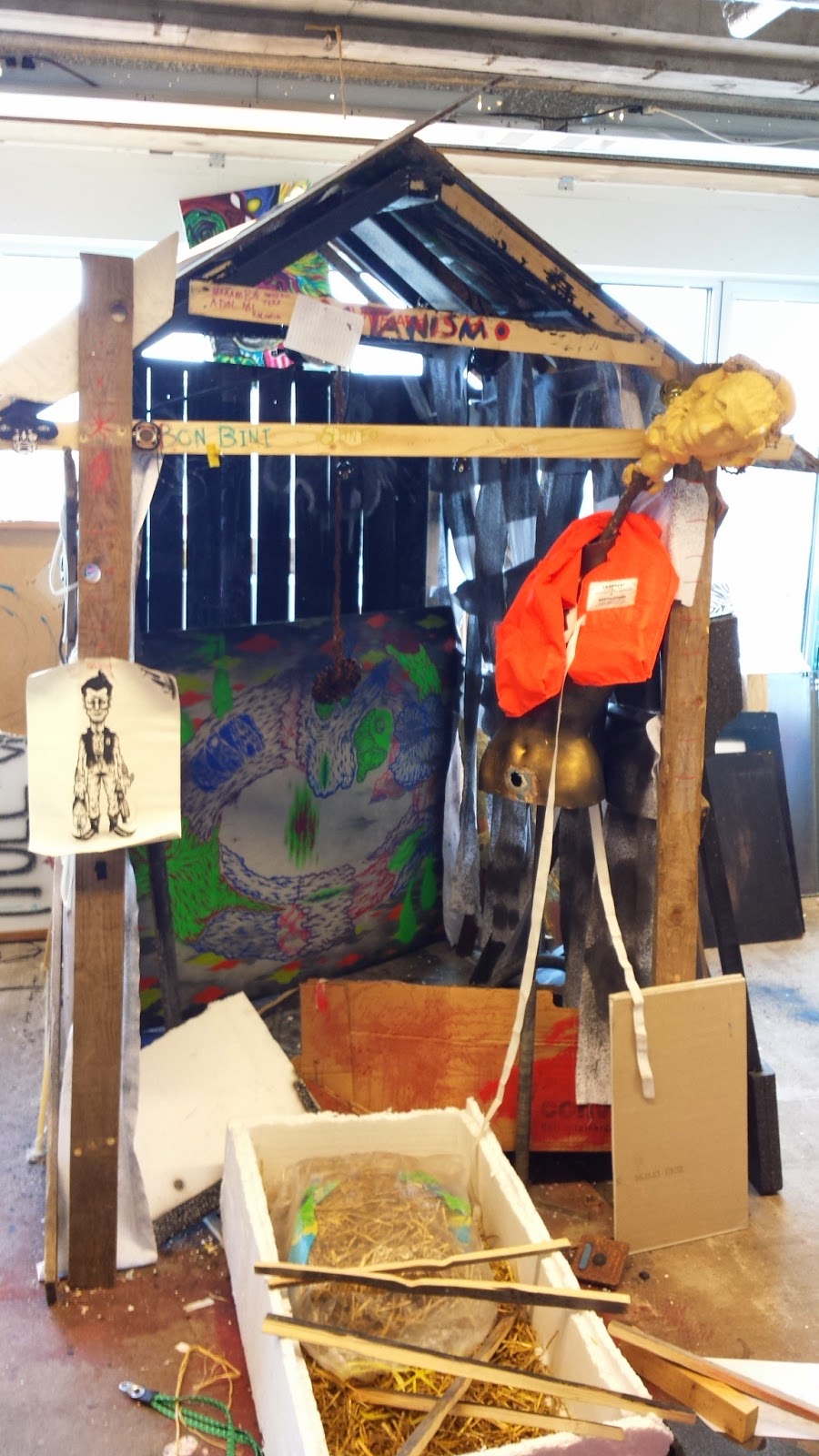 Thursday february 5 are the final presentations of all teams. Good luck with the last hurdles!